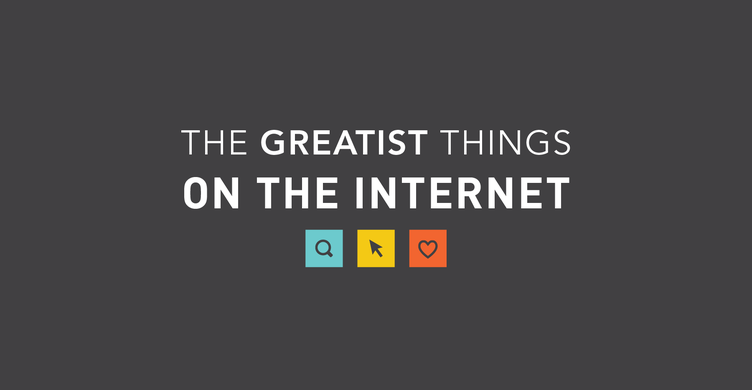 There’s too much Internet—like this pepperoni pizza bedding—and too little time. That’s why we curate a list of the best of the best (a.k.a. “the Greatist”) things we’ve come across on the Web this week. In other words, it’s the stuff we’d email/gchat/tweet/text you immediately if we were besties. While we’ll never stop striving to bring our readers amazing content on a daily basis, we know not all the best stuff comes from us.

It can be discouraging to start a new exercise regimen only to realize that weeks later you’ve gained weight—fat, not muscle mass—instead of losing it. And that’s just what one recent study at Arizona State University found, giving credence to the mantra that a change in diet and exercise is the best fool-proof way to lose weight. (We’re still not sure how the guy who ate at Olive Garden for two months straight managed to shed four pounds.)

2. Adrenaline Junkie? This Is Why You Love Sriracha (Outside)

New research suggests that the rush we get from skydiving might be similar to the thrill of eating a bucket of the spiciest buffalo wings. We shouldn’t like spicy food, at least biologically speaking. Other animals have clear negative reactions when they come in contact with anything spicy—just look at your cat or dog the next time they accidentally lick up salsa that found its way to the floor. The people who found the burn of spicy food the most pleasurable in this recent study were also the adrenaline junkies of the bunch, showing they seek to spice up all aspects of their lives.

3. Fallen Arches: Can McDonald’s Get Its Mojo Back? (Fortune)

McDonald’s ruled the fast food world for decades. But with the rise of fast casual restaurants like Chipotle and Panera, Americans are no longer saying, “I’m lovin’ it.” In response to two years of lagging sales, the corporate team at McDonald’s is working to attract more young families and millennials. Pizza Hut is trying to get in on this game too with the unveiling of new signature pizzas, crust flavors, and drizzles (a.k.a. dipping sauces)—we’ll pass on the Cock-a-Doodle Bacon pizza, thanks. The big question that remains for these two fast food giants: Can they convince discerning young customers that they offer quality products, not just fast and convenient grub?

4. Bottled Water Has Nutrition Facts on It. Why Doesn’t Alcohol (Vox)

Pick up a bottle of Aquafina and you’ll find a nutrition lab on its back full of zeroes—no calories, carbohydrates, or proteins. Pick up a bottle of wine or a six-pack of beer—both clock in around 150 calories per serving—and you’ll find the nutrition label noticeably absent. On the surface, the reason for the labeling disparity is simple: Water (and almost every other thing we put in our bodies) is regulated by the Food and …read more