14 Tricks for Healthier Pies (and Our Favorite Recipes) 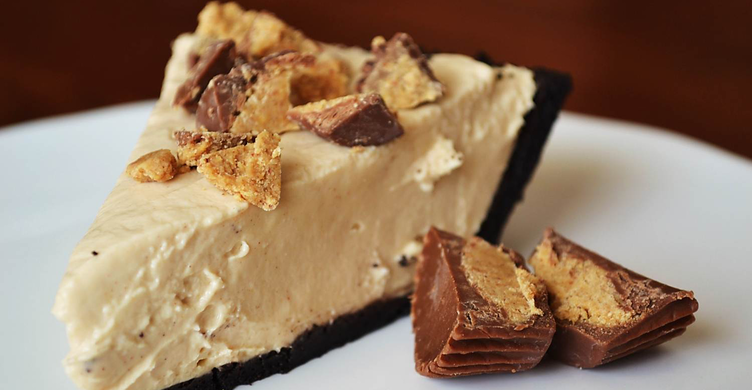 Pie is a classic any time of year—but that doesn’t mean classics can’t be improved, including Grandma’s apple pie. With a few upgrades to the crust and filling, the dessert can become a low(er)-sugar vehicle for fiber, protein, and vitamins and taste even better than the original recipes.

Store-bought crusts are convenient and all, but they’re typically riddled with hard-to-pronounce ingredients that you’re more likely to find in a chem lab than in your pantry. Pie crust should be simple: Flour, fat, salt, sugar, and water. Spend a little time to bake up a homemade crust you can be proud of.

2. Sub in Sour Cream or Yogurt

Sour cream may pair best with a baked potato, but adding a dollop of low-fat sour cream or Greek yogurt to pie crust in place of some of the butter or lard can help amp up those nutrition facts and keep your pie holder nice and flaky. Cream it in with the butter, then add the dry ingredients as usual.

Graduate from white flour and sub in a little whole-wheat. Some recipes use only whole-wheat, while others go half-and-half with all-purpose flour, or try whole-wheat pastry flour for a finer crumb. For pies that call for a graham cracker crust, pulse high-fiber cereal in the food processor and using the cereal crumbs instead.

Replace some (or all) of the flour with nuts. Try using almond flour, or grind your own pecans (be careful not to overgrind the nuts into pecan butter). Since the nuts have healthy fats, there’s no need for tons of butter or lard, plus adding them means adding fiber, protein, and vitamins (like vitamin E, which is important for metabolic processes and plays a role in immunity, and is found in almonds and hazelnuts).

Experiment with different flours (crust doesn’t always have to use wheat!), like quinoa. The nutty grain is a health superstar because it’s easy to digest, and it’s got a ton of protein.

Keep cold ingredients—that means water, butter, sour cream, yogurt—cold for a flaky crust. To make the dough easier to work with, chill it in the fridge before rolling.

Though it’s fun to play with dough, try your best not to overwork it. You’ll get a tough crust (and that’s no fun). Place the chilled dough between two pieces of parchment paper before rolling so it doesn’t stick to the pin. A light dusting of flour will help keep it from sticking to the work surface too.

Instead of going crazy with a stick of butter to the pie pan to grease it, melt a teaspoon and then dab it on the pan with …read more